Once again the highly anticipated, impeccably-curated Bazaar of the Bizarre runs this long weekend, on Sunday in the Parkdale area. Serpentina North Ensemble will be providing some dancing entertainment for bazaar-goers. We always enjoy performing at this event, animating the space alongside stilt-walkers, DJ’s and an array of ultra creative and skilled artisans from in and around Toronto. Have you seen the vendor list yet? You can follow the bazaar on Instagram and facebook to prepare your wallet for all the amazing things you’ll want to buy! 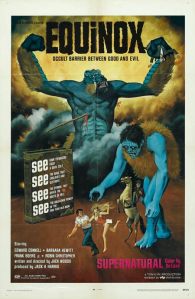 The energy of equinox infuses everything right now. Dance, life, work. It’s all intense. Losing myself in the process is a beautiful thing. When the ego/identity dissolves in favour of a creative process, that’s when I know I’m in the flow, as they say. By the way, creativity isn’t limited to dance, its in every interaction with others, every message we tell ourselves and every way we learn to survive an adapt in a tumultuous world. What good is grace in dance if you lose your shit the minute things go awry in your personal life. What good is rhythm in a choreography if you don’t move with the rhythms of life each day, through the years?

I used to really struggle to dance on days I didn’t feel energetic and motivated, but for the past few years, the beauty of dance discipline has shown itself to me. In the same way I don’t need to be happy to meditate or motivated to do yoga. When you get out of your own way, the process happens. Cultivating a sense of discipline, repetition, acceptance and equanimity can help this process along.

The fall session has begun for the super beginner Intro to Bellydance classes, every Wednesday night. Summoning all the newbies, to come out and learn some fundamental movements that can be applied to all styles and on the dancefloor! Absolutely no dance experience necessary, this is for all of you who come out to shows or see videos and wonder if your hips can ever move like that. Yes, they can! I’ll show you how! Drop-ins welcome and all genders welcome in my classes.

In Serpentina news, we have a busy fall season coming up, and tomorrow we make the drive to Niagara-on-the-Lake for the Grand Canadian Steampunk Exposition. This is our troupes second year performing and we look forward to this unique event. 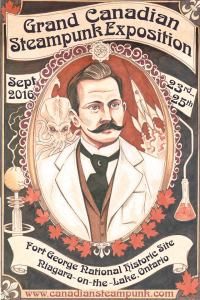 Serpentina North Ensemble welcomes some new dancers to Snakebite, our new student troupe. We look forward to working with these dancers on growing the improvisational tribal style bellydance community here in Toronto. Orkideh of Serpentina North Ensemble will be teaching a workshop Oct 1st in Scarborough. Hey East-enders, you asked for it and  that green haired dame heard the call.

There’s more, this is a hard working crew! Troupe member Kelly has recently become the first certified teacher of Tribal Grooves –a fitness program developed by Paulette of Gypsy Caravan, that is based on the group improv bellydance.  For people who want to experience the moves but don’t want to worry about sequences or choreography. Stay tuned for some upcoming classes.

On our YouTube channel is a new series of videos on tribal bellydance…here’s the first: What is Tribal Bellydance?

I started writing this post just after my trip, but April turned to May and so here it is now. Enjoy! 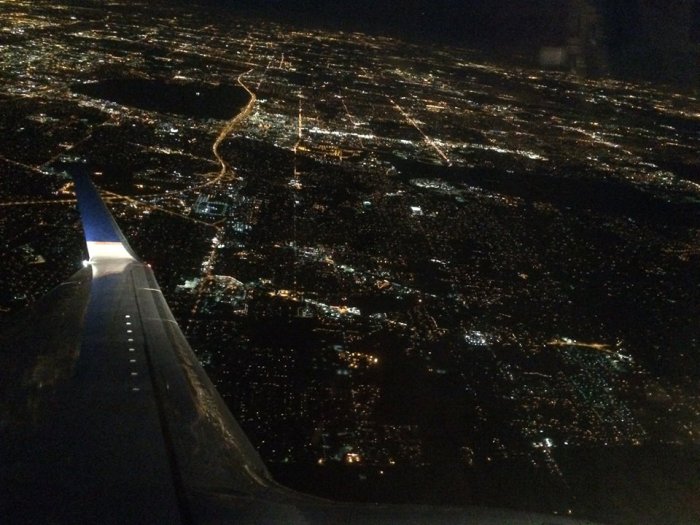 The first leg of my west coast adventure has come and gone in a beautiful whirlwind. The troupe arrived in Portland and hit some vintage shops, Powell’s bookstore, vegan sundae’s at Maple Parlour, and jewelry-ogling at Robot Piercing. We took a private session with one of our dance mom’s Paulette of Gypsy Caravan, to refine some of the combos we had been working with and learn some new orbits for formation changes. We had a show at the middle eastern restaurant Huda’s, where we danced to live music by a band called Arabesque. An intimate two level venue was packed with people and we barely had room to spin in front of the band. But the music was great and we were well received within the lineup of local dancers.

Cues & Tattoos had an excellent lineup of teachers, as  they do every year. I took two workshops with Mardi Love, one zylls-based, a

nd the other on super slow sinewy movement. This was the second chance I’ve had to take classes with her –the first being a few years back in Montreal. I saw her perform live in San Francisco maybe 7 years ago and I was mes.mer.ized. More so than the usual trance inducing qualities of bellydance, Ms. Love was a dance muse like nothing I’d ever seen. She is a great teacher and a beautiful sunny person to learn from!

The other instructor I was really looking forward to and who delivered the goods was Elizabeth Strong –also a performer I saw live in San Fran that same show (she performed in a duet with Mira Betz). Her knowledge, skill, technique, presence is a lot of what I work toward in my dance and I had waited a long time to learn something directly from her. I did her Upper Egypt Survey workshop, and we learned a short choreography that 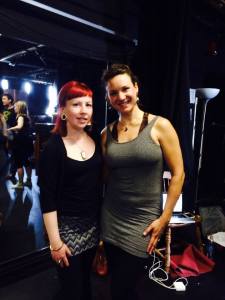 combined moves from various regional dances and technique from her teacher Katarina Burda (who Zoe Jakes also learned from and acknowledged in her workshop). Using finger cymbals as the percussive instruments they are in this choreography was so much fun. As I later told my troupe mates, that workshop was one of two over the weekend that made me sweat through to my underwear –something I of course welcome in a workshop. I mean I came to work hard, right?

The other sweat session happened during the last workshop of the weekend. After drilling, performing, walking all the places for days, I attended Zoe Jakes ‘Balkan Party.’ And that it was! Three hours of learning and running a short Balkan choreography on carpet and without mirrors. The upbeat energy of the music and choreo kept us moving and we ended with a nice cool down and a talk on knowing your dance lineage.

After our performance at the Serpents Muse, see VIDEO section for footage.

The whole troupe went to the Luciterra workshop where we learned some of their unique signature combos. I had previously taken a workshop in Toronto with Laura Jane of Luciterra and was super into it and excited to learn more. Their energy, creativity and synergy onstage (at the performer showcase), really took the festival by storm and as I headed to Vancouver from Seattle I was hoping to squeeze in another class. In the end I wasn’t able to, but have some really interesting material to work with!

There are many more stories from this trip, but the last one that has nothing to do with the festival, but  must be told is this: I wanted a photo with the Monorail Man at the entrance of the monorail in Seattle Centre where the festival was held. So I asked Elana to get a photo, like the robot was looming over me, the damsel in distress…So as I’m posing and directing how I want the photo, the robot lets out this super loud terrifying buzz. In flight mode, I leap over the red velvet ropes away from the robot predator. And thanks to Elana’s quick photographic reflexes,  its all  captured. Later I found out the robot buzzes like that –loud –when the next monorail is approaching. No comfort in that knowledge.

Its been three months since I posted. Although my intention is to post monthly, sometimes life is too full and the words to capture it get pushed aside –sometimes like these times, life takes longer to percolate into documentation. Ponderings pass through day dreams, face to face conversations and journals, before ever making it out into the world. The darkness of December was filled with gatherings with the people I love. From winter solstice, to Christmas, Yule and New Year, the month was made up of the best kind of winter medicine: community. (Photo credit: Ken Dobb)

I don’t confine resolutions to new year but it’s a good time for intention-setting, goals, hopes and reflections. 2015 was a year of new material in movement, integrating elements of yoga, bellydance and overall functional movement.I have yet to digest it all, but certainly a foundation was added upon toward a dream I have of bridging a few different worlds I live in! 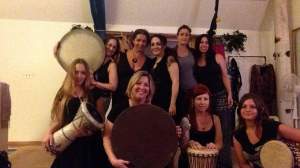 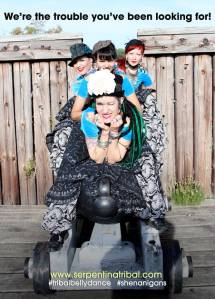 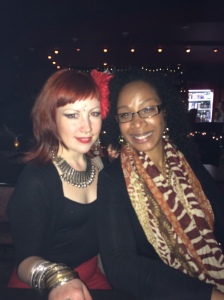 I am both immensely proud and humbled to have completed the Karma teachers 200 hour vinyasa yoga teacher certification this year (more on that in previous posts). Upon completion, as new graduates we were encouraged to work on 40 days of practice in order to maintain the momentum, and to support our growth as both teacher and practitioner. Setting some milestones for myself, I completed the 40 days of practice and went for more with what I called 40 days: the sequel. With the goal of 108 days of practice, I continued on past the sequel, aiming to complete the 108 before 2016. On December 29th I had my 108th day of practice and received a beautiful custom mala from one of my teachers at Karma Teachers. Below is my post to fellow karma teachers on day 108:

“Day 108 of 108 days of practice! Emerson says go for 1000, then 10 000. Thank you Emerson, Michael and the karma teacher community for the ever unfolding gift of guidance and transmission of lineage. This has been a memorable year in yoga and dance –which is, to say, self-discovery and unconditional love. Namaste”.

Part of me was worried that once I stopped counting, I might stop practicing. I fought the urge to continue counting, after all the point is to integrate a practice into daily living not keep a tally of days. I went through periods of feeling empowered by my new level of discipline, impressed with some improved strength and flexibility to feeling the pang of loneliness in solo contemplation and practice. Delving into mantra, meditation and asana, I felt the ache of sadness inseparable from heart-centered work and even boredom on some days. Uncertainty rears its head, as it inevitably will in any truly soul searching experience. Moving into a deeper devotion to movement, connecting with others through being more connected to myself and giving love and attention to the parts that need to be healed have created fertile ground ready for further cultivation. May 2016 be filled with authentic movement and expression for all of us. 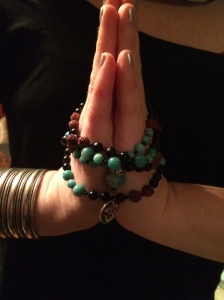 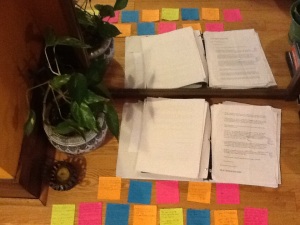