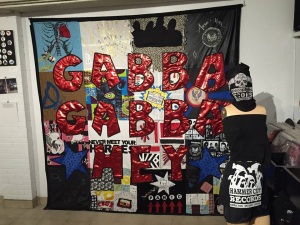 Last weekend I attended the opening in Hamilton for a fabric art piece I had a small part in. Nothing is True, Everything is Permitted is a project created by Heather Bain and Ken Moffat, based on interviews with Arturo Vega (aka the 5th Ramone), the man responsible for the logo art/design behind the legendary band. With their  interest in queer histories and punk subcultures alike, the team set out to document the life of Vega and the idea of a punk rock quilt was born. Seventeen artists contributed a square based on audio and visual interview material and the final product was a patchwork interpretation that showcased a diversity of mostly Toronto-based artists. Several other artists who showed their work along the same theme alongside the quilt.

The Hamilton opening at Hammer City Records followed the Toronto showing at Videofag a few months back where the artists gathered for the first time to see the completed installation. Here’s a video of Heather and Ken talking about their project. 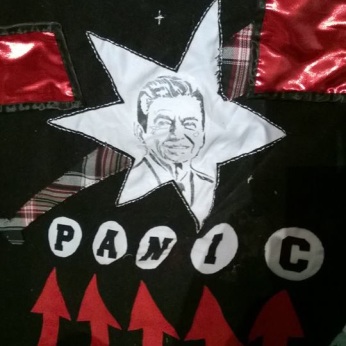 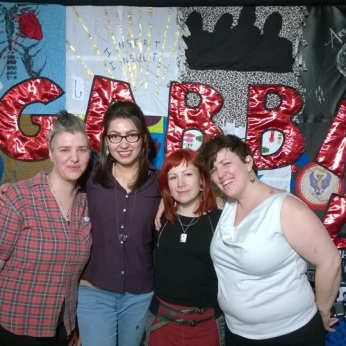 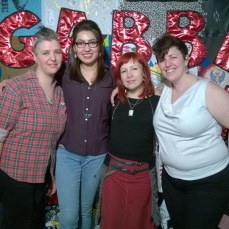 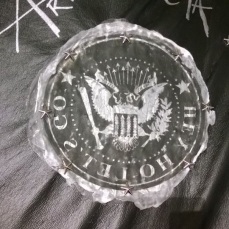 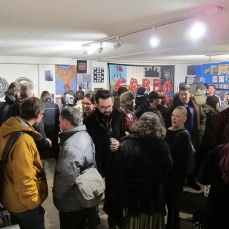 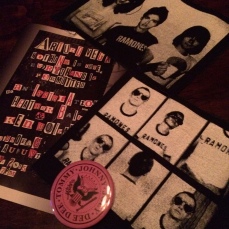 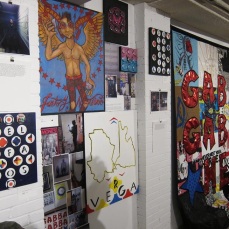 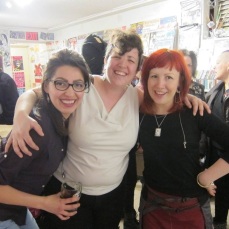 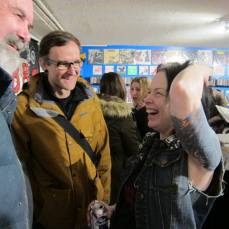 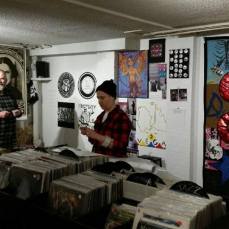 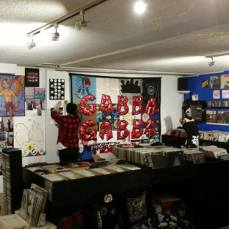 My square was a collaboration with Jumbo, who developed the concept based on his favourite Ramones tune and incorporated elements of Arturo Vega’s graphic style during that era (arrows, baseball bats, geometric shapes…). After checking out the interview material, some statements jumped out at me and we ended up running with this ‘moment of panic’ theme that kept coming up. I used a gel medium for the print, and some needlework (embroidery) to make up this fabric collage that was made out of symbolism that we either pulled from the interview content or was related to the Ramones. It was cool to see our square incorporated into the final piece and take in the diversity of styles and images that were used.

I had hoped to make it out to see some of the other places along the art crawl strip but it was bitter cold and I was having too much fun in that little back alley record room.

View all posts by Sandy